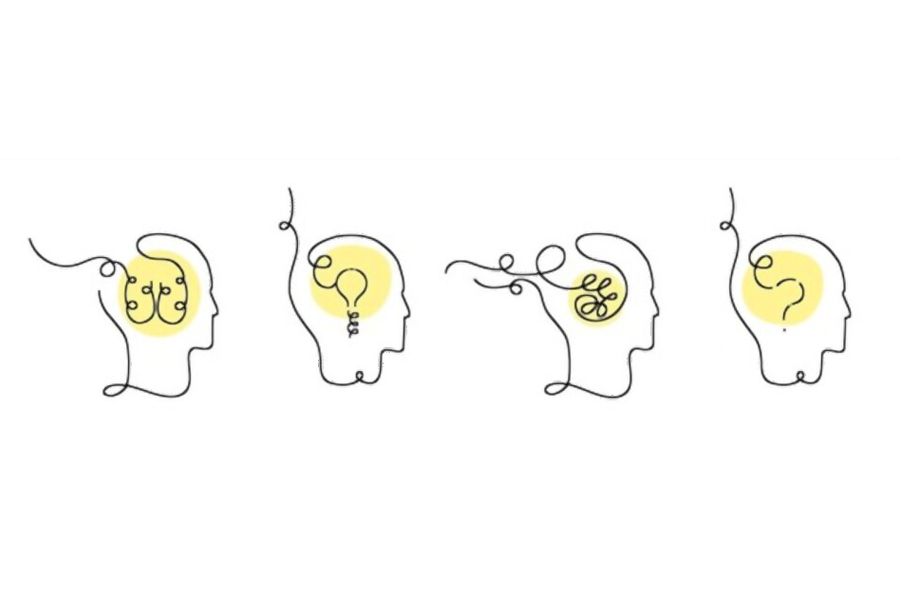 Alzheimer’s Research: Delving Into The Cause of Degeneration

Alzheimer’s is a degenerative brain disorder that is characterized by the accumulation of proteins in the brain that slowly results in the destruction of neurons and their connections. Being the most common form of dementia, it monumentally affects memory, thinking skills, and eventually the ability of a person to independently function and live a normal life. Advancement in Alzheimer’s research helps us learn more about the condition and how to better prevent it.

Alzheimer’s is a form of progressive, irreversible dementia. People with Alzheimer’s have plaques and tangles in their brains. Tangles are enmeshed bundles of fiber made up of tau protein, whereas plaques are clusters of protein called beta-amyloid. Healthy neurons and the fibers connecting them are considered to be harmed by these aggregates. This affects the reliance on information and transmission of messages between different parts of the brain, hence deteriorating overall cognitive function.

The disease manifests initially influencing the parts of the brain involved in memory function, the entorhinal cortex, and the hippocampus. It subsequently affects areas responsible for regulating language, reasoning, and social behavior. With time, the destruction of neurons eventually progresses to the remaining areas of the brain.

Alzheimer’s disease has been seen to affect around one-third of all adults aged 85 and over. Alzheimer’s research experts have suggested that more than 6 million Americans aged 65 and older may have a brain disorder. These overwhelming numbers are due to the fact that after the age of 65, the likelihood of developing the disease doubles every 5 years.

Aging is known to be the paramount recognized risk factor for Alzheimer’s. With age, there are many physiological changes that occur such as atrophy of neurons, vascular destruction, and free radical formation. All these age-related deteriorations predispose a person to the development of brain disorders such as Alzheimer’s. Hence, not everyone above the age of 65 will suffer from or present signs and symptoms of dementia but many are quite likely to develop it.

Genes inherited from parents are a major contributing risk factor for developing Alzheimer’s. This neurological disease has a genetic predisposition but family history isn’t always necessary to develop it. A person is likely to be diagnosed with Alzheimer’s even if they have no prior family history of the disease. The first risk gene to be discovered was APOE-e4 and it is still the one with the greatest influence on the risk of development of Alzheimer’s. Around 60% of people that are diagnosed have this gene present in them. Genetic testing and consequential genetic counseling are options for early intervention and preparation.

Down’s syndrome patients present similar pathophysiology to Alzheimer’s patients. It involves ‘amyloid plaque’ formation, that is clusters of protein fragments that build up between nerve cells in the brain. This may lead to neurological deterioration in some people over time.

In some research studies, lifestyle factors related to cardiovascular pathologies have shown an increased risk of developing Alzheimer’s. These include a sedentary daily routine, smoking, obesity, diabetes mellitus, uncontrolled blood pressure, unrestrained cholesterol levels, and depression. This interrelationship determined as heart condition and hypertension may lead to cerebral hypoperfusion leading to a range of brain injuries. This increases the probability of developing Alzheimer’s with age-related deterioration.

Know the Symptoms of Alzheimer’s 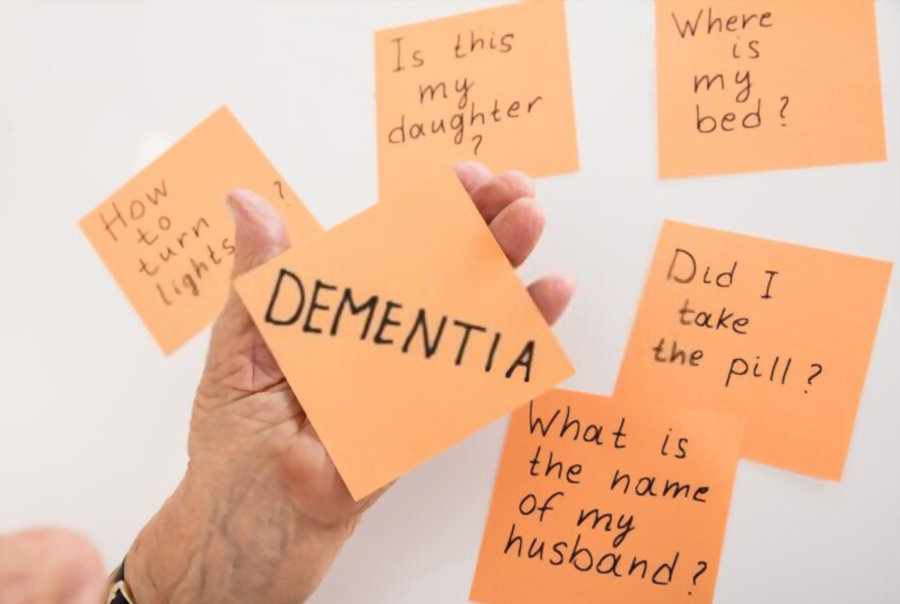 Alzheimer’s is categorized into two types; early-onset, and late-onset. Early-onset, also known as familial Alzheimer’s, is a very rare occurrence with a fast-paced progression. The primary risk factor for sporadic Alzheimer’s is family history and signs and symptoms manifest early, between the ages of 30 and 60. Late-onset, also called sporadic Alzheimer’s, is the more prevalent type. It progresses slowly and usually presents in people who have crossed the age of 65. The risk factors for the sporadic type include advancing age and lifestyle-related determinants, such as obesity, smoking, hyperglycemia, and hypertension.

There are many warning signs for the onset of Alzheimer’s.

The cognitive changes are many and primarily include memory loss that causes constant limitations in conducting daily tasks at home and the workplace. Before the person with Alzheimer’s notices this, someone close to them will pick it up.

It presents itself in ways such as:

The psychological changes include:

People suffering from Alzheimer’s eventually become frustrated, angry, and violent at a rate that is congruent to the intensity of the progression of the disease.

Since the root cause of Alzheimer’s is unclear, there is no proven way to prevent it. But lifestyle choices and behavioral alternatives may play a significant role in reducing the risk of developing the disease.

According to a handful of Alzheimer’s research, a variety of variables other than genetics may have a role in the development and progression of the disease. Hence, working on these determined risk factors could help reduce the risk. Firstly, exercise and physical activity are essential to prevent a sedentary lifestyle and curb a host of pathological problems. There is no evidence to prove the prevention of Alzheimer’s with exercise but physical activity has been associated with a reduction in age-related progression of cognitive decline.

Additionally, ensuring a nutritious, well-balanced diet inclusive of all vitamins and minerals will promote health. A Mediterranean diet, rich in a variety of fruits, vegetables, and lean meats is highly recommended. It significantly reduces the incidence of cardiac problems, diabetes, and cholesterol-related ailments which are all associated risk factors of Alzheimer’s. Quitting smoking and minimizing alcohol intake will also help in maintaining vitality and well-being.

A combination of preventive measures also includes sharpening cognitive skills. There’s some evidence that people who stay cognitively and socially engaged throughout their lives have a decreased risk of neurological disorders like dementia. Activities such as reading, learning foreign languages, learning new musical instruments, and volunteering in local community-building activities are all helpful. Staying engaged will not only keep the cognitive function consistent, but it will also ensure serotonin levels that promote mental health.

Currently, there is no known cure for Alzheimer’s. Medical professionals rely on symptomatic treatment paired with supportive therapy for the families suffering from emotional and physical difficulties while taking care of their affected loved ones. While there is no known therapeutic modality to cure the disease, exploring Preventive Alzheimer’s Clinical Trials Near You could aid in advancing focused Alzheimer’s research studies. Novel treatment and clinical trials are the only hope for patients with this disease. The provision of expert medical care and cutting-edge innovative treatments could be the answer to the lack of treatment options currently available.

Researchers and healthcare professionals are working tirelessly to find a cure for this progressive brain disorder, putting innovative treatments to the test on people from all walks of life. Exploring possibilities for participation, such as Paid Clinical Trials Near Me, might contribute to the advancement of medical studies aimed at finding a definitive cure.

Dr. Arebah is a Quality Assurance Analyst at Revival Research Institute. She is currently pursuing her Masters in Health Management and has an in-depth understanding of the public health systems and the research industry.

We are dedicated to advancing medicine & redefining patient care, one clinical trial at a time — with compassion. We are a network of clinical trial sites based in Michigan, & Texas.

Please give us a call or send us a message! We would love to hear from you. We will respond to your inquiries as soon as we can.